Recently, I purchased a 1977 movie of a story that focuses on the morality of “scientific” attempts to enhance life. Two TV shows I enjoy – Stargate SG-1 and the Atlantis spinoff – each have episodes that focus on the theme of questionable experiments for the sake of a higher goal. Directly (and indirectly), this refers to the classic science-fiction story – “The Island of Dr. Moreau,” by H.G. Wells. Through this post, I will endeavor to explore the philosophy, psychology, and morality of Moreau and those who share his mindset. 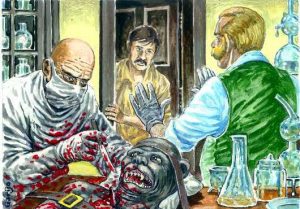 In the book, Moreau is revealed to be experimenting on animals, attempting to render their physical and mental attributes more “human,” in the name of eliminating violent tendencies, as well as removing disease and genetic flaws from humans. While Moreau’s goal might be laudible, there is a certain sadistic tone to his methods; he whips his experiments (psychological “conditioning”) whenever they display animal behavior, and in the movie versions he is shown to be willing to experiment on humans as well as animals. On top of all that, it is not a permanent solution – Moreau must constantly inject his experimental subjects with the “transformation” formula, or they will return to their natural form. For this reason, Moreau is viewed as a mad scientist – a man with the mindset of a monster, never accepting defeat or failure on his part. In the end, poetic justice occurs – Moreau is killed by his hybrid creations after he breaks the very rules they are forced to obey.

This theme of experimentation is visited in the Stargate franchise, with the message that those who engage in actions like Moreau’s are just as devious and immoral as he is. 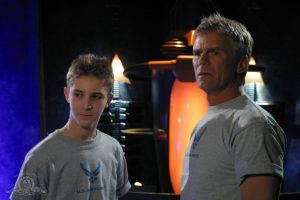 Colonel Jack O’Neill appears to have reverted to a teenager, with all his grown-up memories intact; later in the episode, we find out that one of the Asgard (allies of Earth) abducted Jack O’Neill and tried to replace him with a clone while the original was studied. Unfortunately, not everything went right in the process, and the Asgard responsible – Loki, known as the Norse god of trickery – is revealed to be operating outside the sanctions of the Asgard government, in the name of saving his people (who are dying after generations of cloning themselves). When the Asgard come to arrest Loki, clone O’Neill says that he (Loki) has “been playing Dr Moreau behind your back.” No subtlety lost there; Loki is painted with the same brush, and for good reason. 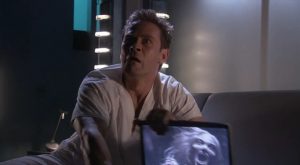 New galaxy, new enemy – same problem. In this episode, a young lieutenant named Michael Kenmore wakes up in Atlantis (ancient city-ship) with no memory of his past or even who he is. After getting some weird memory flashes (and subtle hostility from others around him), he investigates and finds (to his horror) that he is actually a Wraith – a vampire-like species that the expedition from Earth is fighting. The Atlantis team explains that it’s all part of a plan to achieve victory over the Wraith – the Wraith being half-human, half-insect, a genetic retrovirus suppresses the insect portions of their DNA, leaving only the human. This may seem more humane, but just like in Wells’ novel, the process backfires – Michael is repulsed that they see his species as a disease, and after he changes back (like Moreau’s animal experiments), he goes on to conduct experiments of his own to create a Wraith-human hybrid, becoming one of Atlantis’ most dangerous enemies. This shows us another side of the “Moreau” methodology – no matter how well meaning the intentions, there are always unforeseen consequences in the actual experiment. 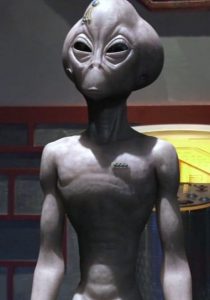 Two seasons after the Ida Asgard (the main group of the species) have died, we find out that some part of the species lives on. They call themselves the Vanir; they separated from the main group because they held similar views to Loki – that in order to save the Asgard, it was okay to experiment on humans. They go even farther, however; they activate a device that causes Wraith ships – and Stargates – to explode, putting both Wraith and humans at risk anywhere in the galaxy. Their reason for doing this? So that they can operate without fear of being destroyed. This reveals yet another aspect to the Moreau mindset – the scientist can become so focused on achieving results that all other life – and morality – will eventually be cast aside, leaving a sociopath/psychopath at the helm of the mind.