Sorry it took so long to post this; finally, the foray into the Exilic period begins!  I’ll get the other four parts (chapters 3 through 10) up ASAP.  Enjoy!

Here, we begin the book of Ezra, which begins after the 70 years of exile are completed.

Ezra picks up where the book of 2nd Chronicles trailed off, with the end of the Exile and Cyrus the Persian’s proclamation that any Jews who were willing should return to Jerusalem and begin rebuilding the Temple.  It’s unclear how Cyrus came to know of it, but we can be sure that either the prophet Daniel or another Jewish student of prophecy was watching carefully during the Babylonian Captivity for the sign of the return.  That sign – and Cyrus’ part in it – can be found in Isaiah chapters 44 and 45.  Just as He revealed the future to Nebuchadnezzar and Daniel through visions, Yahweh was actively moving in it as well, bringing His promises to pass.

Unlike his Babylonian predecessors, Cyrus recognized Yahweh’s authority right off; that he should do so makes him an even more sympathetic figure for the Jews in this book.  He further shows his generosity in two other ways: in his proclamation, Cyrus orders that everyone not going to Jerusalem donate to the cause (as they are able) and he opens the royal treasure rooms, returning the precious Temple tools that the Babylonians took as spoil when they conquered Jerusalem.

The leader of the expedition is listed as Sheshbazzar, “prince of Judah;” the most prominent figure of the book besides Ezra is Zerubbabel.  Some theorize that the two men are either related or simply two names for the same man.  Whichever the case, the leader of the expedition is a descendent of King David through Jeconiah, the boy-king who went into exile about 11 years before Jerusalem’s fall.  This is, perhaps, a sign of Cyrus’ trust; he is giving them a leader from the line of their kings, trusting that they will not rebel against him and that Yahweh has established his throne.  If only we might have seen such faith in Jeroboam, the first king of Israel under the Divided Kingdom.

Ezra 2 may seem somewhat tedious at first glance, but it’s important on multiple levels to understand why they are listed as they are.

First, the Jews have remained as a nation precisely because they put such emphasis on their ancestry, and they kept it carefully recorded to ensure that they would not absorb or be absorbed by any Gentile blood.  They placed high value on their bloodline because they were the LORD’s chosen people, set apart from the other nations for a special purpose.

Another reason these names are so significant is because they were the obedient to both GOD’s and Cyrus’ call.  Of all the Jews who were alive at the time, only a fraction returned to their ancestral home in the Promised Land, and so to be among these faithful few would be a high honor for those who would follow them.

Lastly, by tracing their family lineage, everyone who came knew exactly what their purpose/job would be in Judah’s return to nationhood.  Among those listed are priests, tribal leaders, Levites, various Temple functionaries, royal servants, and others; everyone had a special task to perform, and now that GOD had blessed them with an opportunity for renewal, they would perform it as their predecessors in exile never could.  Theirs would be lives of purpose and faith, as opposed to languishing in foreign lands.

Just now while preparing for bed, I had a train of thought that led to an interesting conclusion.  It began when I thought about the coming election in the autumn, and what portents it held for the future of our nation.  Will the victorious candidate be the one the people supported, or the one who was able to broker the best deal with the wealthy elite?  When I thought of this, the thought crossed my mind: “Hail the American Empire!”  As sarcastic/cynical as that may sound, it’s not exactly wrong. 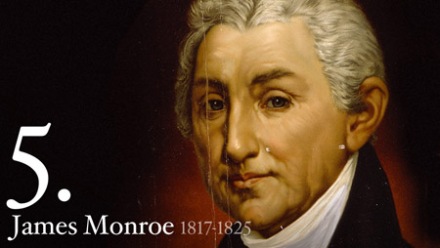 The United States has wavered toward becoming an imperial oligarchy pretty much ever since the Monroe Doctrine in 1823.  We were not yet fifty years old as a nation, and yet with President Monroe’s statement, we declared ourselves to be equals with the European powers of the time, who controlled globe-spanning empires.  It was a statement of “if it happens in our vicinity, it’s OUR concern;” the United States marked the borders of its influence in the West.  We edged closer with the Spanish-American (-Cuban-Filipino) War in 1898, when we began establishing ourselves as a true global power.  Now, with the president and Congressional members granting themselves favors of money and power at the expense of the people, we approach the edge of the knife that will divide republic from oligarchy.

It struck me that, if America does transition into empire, then we as Christians have three basic options.  I credit Pastor John Johnson of Covina Assembly of GOD for these; he used them in a sermon I attended during my latter years of undergraduate study at APU.  Conformity is the wrong move altogether, so we can either: 1) Confront the system, 2) Abandon the system, or 3) Transform the system by remaining in it and living as GOD commands us to do.  This may not involve living by the letter of the law, as the law(s) may conflict with His holy standard, but we should always strive to live in the spirit of GOD’s Law, which no government of humanity can ever change.

The reason why I think the third option to be the best is because of the consequences of the first two.  By confronting the system, we are standing up for what is right, but we make ourselves a nuisance in the eyes of the world and lose chances to show compassion and love; by confrontation, I mean the extreme – attacking from every side, never letting up.  We are indeed called to speak the truth, but in a spirit and manner of love; besides, the target of our attack should be the unjust lifestyle of Antichrist, not the poor souls trapped in bondage to it.  By abandoning the system and going our own way, again we miss out on opportunities to reach out and touch the lives of those trapped in sin, and in so doing, we fail to follow the Great Commission.

All this leads me to lean towards the third option – transforming the culture by interacting positively with those within it.  This could be described as a fine line, but not so much so long as we remain grounded in the Bible, the unshakeable foundation of our faith.  When the world observes the way we live and act as genuine followers of Christ, they will be touched; from there, it is the Holy Spirit’s job to speak to their hearts – and our job to follow the Spirit’s lead.  We are called to be witnesses, evidence of Jesus Christ and the Holy Spirit working in our lives; while we are not yet finished products, the change/difference should be observable to all with whom we interact.  Too often, we and the world focus on the “negatives” of Christians failing to live up to their expectations; if we focus more on the emerging form of Christ and less on the remaining human flaws, then we will have a new focus and perspective to present.

My final word for now is as follows, and I hope it imparts comfort and wisdom to you, the reader.  I pray that GOD would show you what He would have you see and guide you in applying it in your life:

“You don’t necessarily have to become a martyr to be an example of living out what is right; all that is required for that is to be a witness.”

During the past couple months, I’ve been reading through the books of Ezra, Nehemiah, and Esther, and it’s been a most interesting time as devotionals.  One of the most interesting parts was not only finding out more details behind the histories, but also finding modern applications for them.  For my first endeavor on this blog, I’ll post my OIA (observations, interpretations, and applications); please let me know if you find something else or anything I’ve missed.  I’ve found the best way to present the books is in two-chapter portions; I hope you enjoy perusing them as much as I did writing them!

Welcome to my blog, friends!  Daniel here, wishing you well as we begin!

What I most look forward to is the sharing of knowledge, and please don’t assume that means one-way just because I’m the blogger. 🙂 Your comments will be greatly valued, and I can’t wait to hear from you.
I bid you all a goodnight, until we meet again!