In Ezekiel and again in Revelation, we are introduced to angels who bear faces that seem unnatural at first. The cherubim (“burning ones”) are described as possessing four faces; the first is human, while the other three are those of animals. 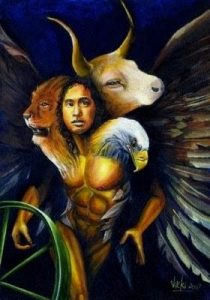 This may seem a bizarre – some might even say grotesque – image, one that seems to clash with our ideas of what angels should look like. However, a deeper study into prophetic imagery – and the meaning behind the faces – gives us a clearer understanding of what is meant to be seen and imparted by these faces. 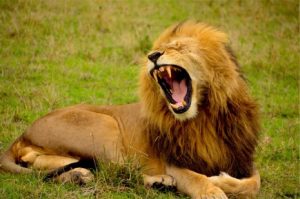 The lion is an animal of great power, often described as “king of the beasts.” In Genesis 49, Jacob/Israel describes his 4th son, Judah, as a “lion’s cub,” and the tribal symbol of Judah is a lion. In the Gospel of Matthew (which is written to the Jews), this image is used to symbolize Jesus as the prophesied Messiah, the King that God promised to raise up to rule over Israel. 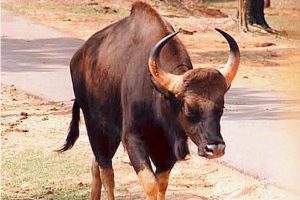 The ox is a creature of great power, yet humbly submits to the authority that tames and directs it. Ironically, this is the symbol of Ephraim, Joseph’s son; Joseph was raised to the 3rd most powerful position in the greatest empire of his day, yet he humbly submitted to God’s direction for his life. This image also epitomizes Jesus as described in the Gospel of Mark. Mark wrote his gospel (scholars believe) based on the sermons of Simon Peter, and he wrote to a Roman audience. The Gospel of Mark focuses on the miracles and power of Jesus throughout his ministry, which spoke to the Roman culture (where power was key). 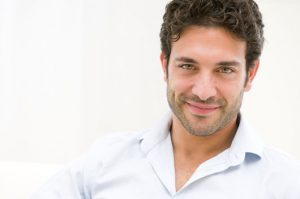 The human face of the cherubim reflects on how human nature is designed and based on God’s own nature; we connect to God and seek community with each other because that is how He created us. Luke’s Gospel focuses on Jesus’ human nature, specifically the miraculous healing power that Jesus used to heal the sick, give the blind their sight, and so on. Jesus was described as the “Son of Man,” meaning that He was and is 100% human – the prototype that God made in Adam; in essence, that is why we are to be like Jesus – His humanity is what God desires to see in all of us. 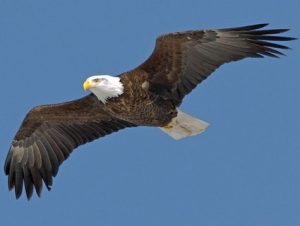 Things that fly often stir the imagination of people everywhere – at one time or another, we have all dreamed of what it would be like for humans to fly. Eagles dwell in remote places where almost nothing else can reach, and their nests are often found near/on mountains, which early human civilizations associated as bridges/meeting points between Heaven and Earth. In the Bible, the eagle is a symbol of God’s divine nature and glory; John’s gospel is appropriately represented by the eagle – as Luke examines Jesus’ human nature, John expounds upon Jesus divine nature as God the Son.

So in essence, each face is a picture of different facets of God’s character and personality. The cherubim portraying them all speaks to how God possesses each of them – rather than separate roles, they are a united whole in the person and being of God, and the angels merely reflect their Creator.