People often hear or say the words “MODERN DAY;” the question is, what (or when) does that ACTUALLY refer to?

People use it to refer to the present time; the trouble is – according to history – the “modern day” has IN THE PAST.

Let’s take a quick trip back in time! The “Modern Era” measures from the Renaissance through World War I. I know what you’re thinking – if THAT was “modern,” then what is today? The answer is simple – we are POST-modern!

Here’s an summary of how popular thought/decisions have changed over the centuries: 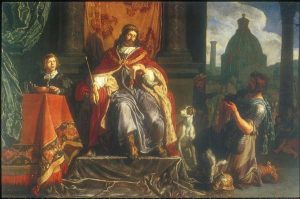 From the ancient world through the Middle Ages, perceptions of reality were defined by an external authority. In ancient times, the monarchs or religious authorities would make proclamation (“so let it be written, so let it be done”) and that became the accepted standard. From Hammurabi’s Code to the Ten Commandments and the dictates of the Church, this pattern persisted until human authority became so corrupt that people rise up and said “Enough!”

From the Renaissance through World War I, we see a new trend in personal worldviews: no longer were they based in external authority, but rather in logic and reason. Although it was more individually based, the standard was still universally accepted – arguments were processed, backed with evidence, and the validity of a conclusion was based on how well it meshed with reality. Through the Enlightenment movement, people thought that modernism would lead to a perfect universal society (without crime, disease, poverty, or war). 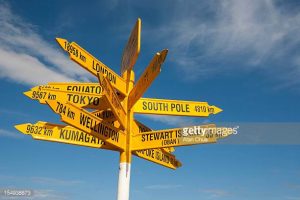 This is the most recent development – after World War I, modernism was viewed with contempt – almost like a more recent “Tower of Babel.” Humanity’s attempt to perfect itself as a whole had proven to be a colossal failure, so it was left to individuals to perfect themselves – with logic no longer being a necessary ingredient, emotional resonance (what “feels right”) became the primary measure of “right” and “wrong.” To this day, people base their agreement/disagreement on whether something is right or wrong “for me” or “for you.” Universal morality is viewed as a thing of the past – everyone has become their own authority.